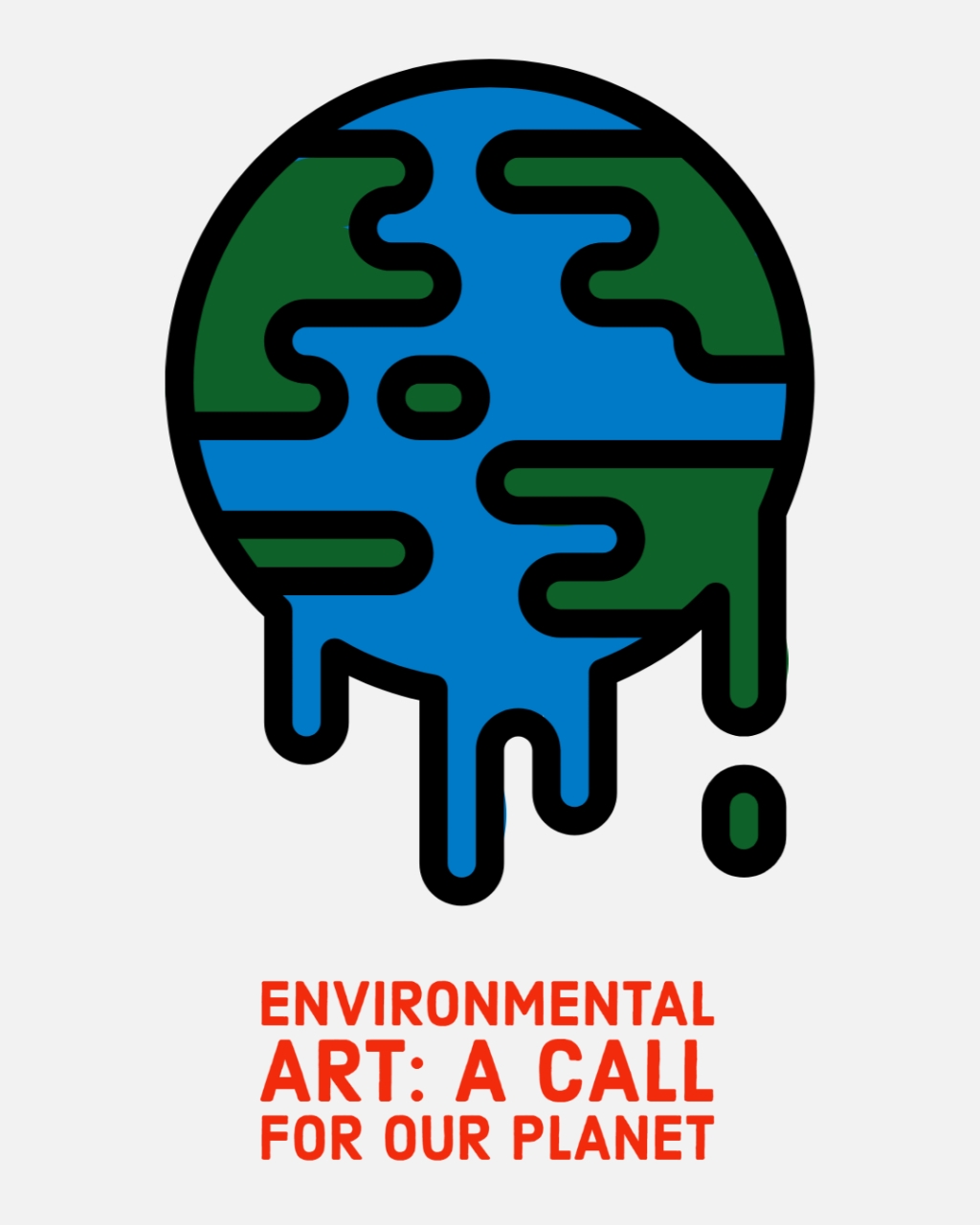 These past few years the public’s interest on climate change has been peeking. The term climate change has evolved to “climate crisis” and environmental NGO’s are pressuring corporations and politicians to take radical measures to resolve this problem. Organizations like Extinction Rebellion are protesting frequently and not without facing arrests and general police trouble. Meanwhile, the EU plans to become the first climate neutral continent by 2050 by having an economy with zero greenhouse gas emissions. Climate change remains one of the most critical issues of our time. There is an activist group called “To BP or not to BP” that does videos, installations and performances that focus on the climate crisis and the future of our planet. Their main goal is to get fossil fuel multinational companies, including BP, to stop sponsoring some of the world’s biggest museums. Their last protest in February at the British Museum gathered 1500 people. You can say that this movement has a significant presence in the art world.

These are only some examples of environmental art. The start of it can be placed in the 1960s when artists started being more anxious about the environment. However, it is contested that environmental art has been around for quite longer, as works like Stonehenge and the Pyramids in Egypt are prime examples of man’s creations in nature. The nineteenth and early twentieth century found artists painting outside, and the term open air painting was born. Painters like John Constable painted the sky in different times of day and different weather conditions, therefore being called weather painters. John Constable, whose “White Horse” and “The Hay Wain” featured clouds as dynamic phenomena, thought that landscape painters ought to have knowledge of the meteorological phenomena, the plants, the animals and the different types of mountains to be able to paint a good landscape. Later, the Impressionists worked to capture the impression of a landscape, a very successful paradigm being Monet’s London series that captured the British sky in different times of day.

Even though environmental art was not a thing back then as it is now, we can clearly see the way artists have tried to capture their environment or alter it in different epochs. In 1968, an exhibition titles Earthworks, organized by Robert Smithson took art in the outdoors with fourteen works that were either uncollectible or photographed. This exhibition put land art on the map with works by Walter De Maria, Michael Heizer and Robert Smithson. Land art moved art from the indoors to the outdoors, to marginalized or forgotten areas, putting them on the map again. This move from the indoors to the outdoors was, also, a message to the art world on its own, a conscious rejection of what the art world at the time represented, a new chapter for creation.

The first piece of environmental art that gained public acclaim is Spiral Jetty by Robert Smithson. The spiral that took approximately 625 man hours to complete is now mostly submerged, emerging only periodically following the natural movement of the water.  smithson is not the only really famous artist that focuses on environmental art. Olafur Eliasson is, also, a big name in the art world with his exhibitions making loud impressions to the public. The Weather Project in Tate Modern, in 2003 was one of his biggest shows as well as Ice Watch, his installation just outside of Tate Modern in 2014 that consisted of ice rocks that melted away over time. His newest works continue to be just as powerful. Artists are taking a stand and creating for the environment.

Chantal Bilodeau, the founder of Artists & Climate Change, a website on art and climate change, answered our pressing questions on the subject:

1. What inspired you to create the platform?

When I created the Artists & Climate Change platform in 2015, I had met very few artists who engaged with the climate crisis. But I knew they had to be out there; surely, other artists shared my concerns and felt called to use their artistic skills to address this global issue. I conceived the platform as a way for us to find each other, and learn from each other, but also as a way for other people to find us and learn how the arts could contribute to this important conversation. In other words, I wanted to find a community of peers and show the world that we have something significant to offer.

2. Do you think that art can be a way of putting pressure on governments to implement measures on climate issues?

Yes, but depending on how it’s used, that pressure might be direct or indirect. Extinction Rebellion, for example, has been excellent at merging performance and activism. In their case, art is used in protests to directly put pressure on governments. And it works! In the UK, they have gotten several local governments to declare climate emergency. On the other hand, art that is not used for protests works differently. It invites people to look at things in new ways and reflect on their (often unexamined) beliefs and values. It is slower work but often leads to deep and lasting change. It helps rewrite our cultural narrative, what we care about, what we find acceptable or not. In those instances, the pressure on government is indirect. If people learn to care about the climate crisis and all of its ramifications, they are more likely to make decisions that reflect their concerns and, as a result, force the government to respond.

3. Do you think that the climate crisis is inspiring artists more and more? Which artists should we look out for?

Definitely! I see a lot more artists engaging with this issue now than I did a few years ago. I think this is a reflection of how mainstream the conversation has become, how many more people are being directly affected by floods, drought, coastal erosion, wildfires, hurricanes, etc., and how there is now a greater recognition of the disproportionate impact of the changing climate on frontline communities. In terms of artists to look for, I say look in your own community! When we support each other, when we work closely with people with whom we share a history and a sense of place, we build strength and resilience. And once we have a strong community, then we can reach out together and see how we can connect to our global neighbors.

Can art be a solution to the problem? It certainly can. Art is popular. People always look at art for a new perspective and a new way of seeing things. Artists have power that is analogue to their popularity. The bigger the audience, the bigger the influence. The audience searches for answers to problems and gets triggered by works of art. Artists can choose to either make or break an institution with their work. They can harm its reputation like no other person can. Be it performance, installation, painting or sculpture, an artist’s point of view can make or break an exhibition and an institution. Art is a valuable tool in the fight against climate change. In the end, it is all about the way we use it.