Since the first installment of films worth watching was very well received and since I love writing and reading about films, this second part was long overdue. This time you’re in for darker, difficult to watch but -to me- captivating works of art..

Won 3 oscars and I think they were very well deserved. When a film with minimum dialogue, lots of blood and barely any positive vibes gets you hooked, it has to be good. Be prepared for wide angled shots and a camera that turns around the character. At first it caught me off guard and I can’t deny that I got a bit dizzy. But as soon as I got used to it \I wondered why it even bothered me in the first place. It’s not an easy film to watch and I don’t think that everyone will like it, especially if you’re into lighter stuff. However, you will never be wasting your time with this one. 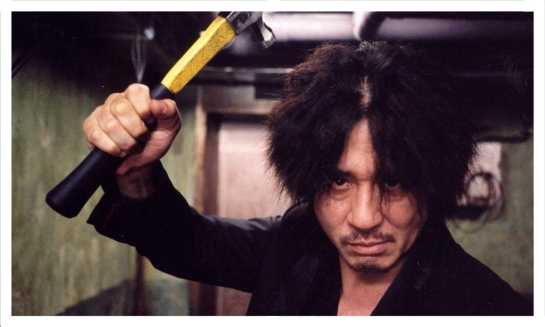 First Korean film I ever watched. It was one of the best I’ve ever seen! Violent, edgy and brilliantly shot to say the least. Old Boy has an amazing scenario but it’s not only the scenario that’s astounding it’s the fact that this film is so amazing that you can’t choose what really made you love it the most, the cinematography, the scenario or the outstanding performances of the actors. Also, great plot twist.

There is a small theater in my hometown that used to project classic must-sees for next to nothing, as part of the activity of the city’s film club. One winter night we went there with my parents and watched the Rififi. I came in the theater with little expectations but left very very impressed. The almost 30 minute sequence without a single word being spoken is one of the most daring choices I’ve experienced as a viewer. Given that we watched the whole film with our coats on (there was no heating in the theater and it was winter!!) and still loved it, I’d say that you better not miss it. 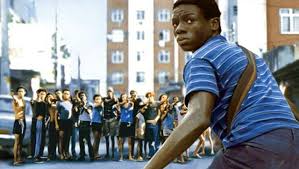 If there is one movie that shoes you the reality of living in the middle of the drug scene of Brazil, it has to be City of God. I have to warn you, the film is very hard to watch, but fascinating nonetheless. There are a lot of deaths, violence and kids entering this brutal world. You can clearly see that the producers don’t want to idolize the characters nor are interested in romanticizing the reality of drug dealing.

La Haine follows three young men in the suburbs of Paris for 24 hours, right after a night of violent riots. With the suburb burning from hate towards the oppressive police forces, a lost gun and a promise to kill a policeman if their hospitalized friend dies, the movie reaches its last scene (which is very much anticipated at this point). This film, all in black and white, authentic and raw, depicts the lives of those who weren’t lucky to be born in a wealthy, safe area. It’s the story of how the suburbs and the violence swallow the souls of those who try to create a better future for themselves.