I’m back from a 10-day vacation with my family in Kiparissia! Therefore, I am quite revitalized and ready to write about it, not ready for studying though(which I unfortunately have to do). We had a great time and I’d love to share some of the most memorable moments of it with you.

We stayed in the town of Kiparissia at a friend’s house that was a five minute drive from Ai Lagoudis beach. The sea was warm and there was a breeze most days we were there, which resulted to minor waves, that kept our swims fun.

We visited the castle that consists of remnants but still has a great view of the town and the mountains that surround it, as well as the sea. It was quite a sunset, I’m not gonna lie. 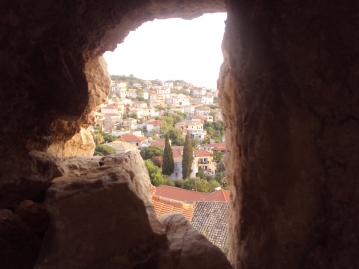 A night was spent at a small village half an hour away from the town, a drive that was equal parts hilarious and weird, as we happened to fall into a summer storm, that luckily didn’t last long. The village, Diavolitsi, was rather large and populated compared to a lot of villages that I’ve seen before. We walked around, discovered a cult open air cinema, that was airing a children’s movie the night we happened to be there, some abandoned shops and a lot of beautifully maintained houses that I failed to take pictures of. Haha 🙂 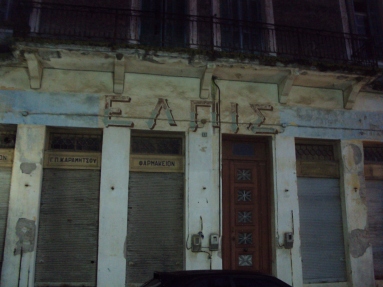 One of my favourite nights was the one we visited Peristeria, a small hill with three ancient vaulted tombs that are dated back to the Pre-Mycenaean era. The place was impressive and the concert at followed by five members of the State Orchestra playing wind instrument gathered a big crowd. The blue moon and the jazz music created a cheerful ambience paying respect to the historical background of the hill, called the Small Mycenae of the West Pelopponese.

Another highlight of these 10 days was the beach called Sani, five minutes awayfrom Kiparissia. The crystal clear water, the golden sand and the long coastline made this beach one of my must-sees. It wasn’t only once that we stayed at the beach to watch the sunset and headed home after nine thirty p.m. 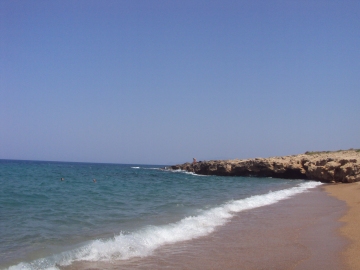 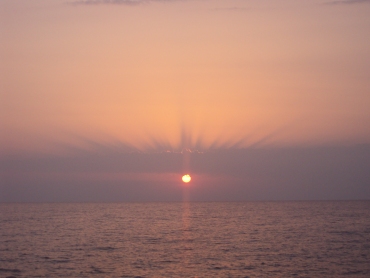 These ten days were just what we all needed. Most of our time was spent between sleeping, reading, eating and swimming or sunbathing. Kiparissia is a small town that is perfect for those who want to see a raw, low-key yet impressive part of Greece full of olive trees and sandy beaches.

I’d love to revisit and maybe see much more of the area, as a minor injury of a family member kept us from staying in sunny places for a long time. Either way, I had an amazing time and I hope you did as well those days that I have been absent from the blog.

See you next time,

iThere are no comments